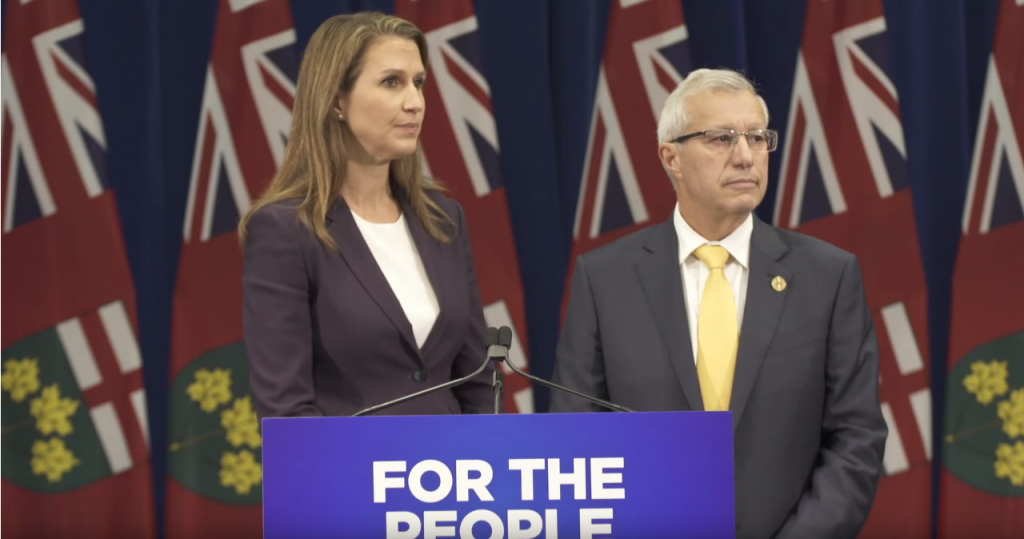 Eighteen hours ago, towards the end of the work day on September 26, 2018, the Provincial Government of Ontario announced their plans to introduce legislation surrounding the cannabis retail store model within the province. Led by Attorney General, Caroline Mulroney, and Minister of Finance, Vic Fedeli, the press conference focused on the protection of public health and safety and the crackdown of black-market cannabis sales.

If passed, the legislation would introduce the following:

The Alcohol and Gaming Commission of Ontario (AGCO) has been appointed the provincial regulator, giving them the authority to enforce compliance of the conditions set by the province. Store operators and each store location will require a license from the commission. Similar to other provinces and territories throughout Canada, the cannabis retail stores in Ontario must operate as a separate business (i.e. may not be located within another store currently operating).

The number is still to be determined, but it would ensure that one operator/corporation would only be able to control a percentage of the cannabis retail market.

In a move many did not see coming, the province will only allow LPs to hold a single retail licence in the province. Where these stores will be situated (on-site?) and how the LPs plan to work around this is up in the air.

Will be amended to include cannabis and cannabis vaping, thus not allowing the use of cannabis where tobacco is also prohibited. It appears the Conservative government has chosen to loosen the restrictions of where cannabis can be consumed in public compared to their Liberal predecessors.

Zero tolerance will be shown to anyone selling cannabis to minors or engaging in organized crime after October 17th. The province has announced hefty fines for operators (up to $250,000), landlords (up to $250,000) and private corporations (up to $1,000,000) that own the land an illegal dispensary is operating on. The province also announced that those currently operating within the grey area have the opportunity to close before legalization and pursue a cannabis retail license. Should they continue operations after October 17, 2018, they will be blacklisted from the application process.

Please stay tuned for further updates and a full overview of Ontario’s retail model when the regulations are released.