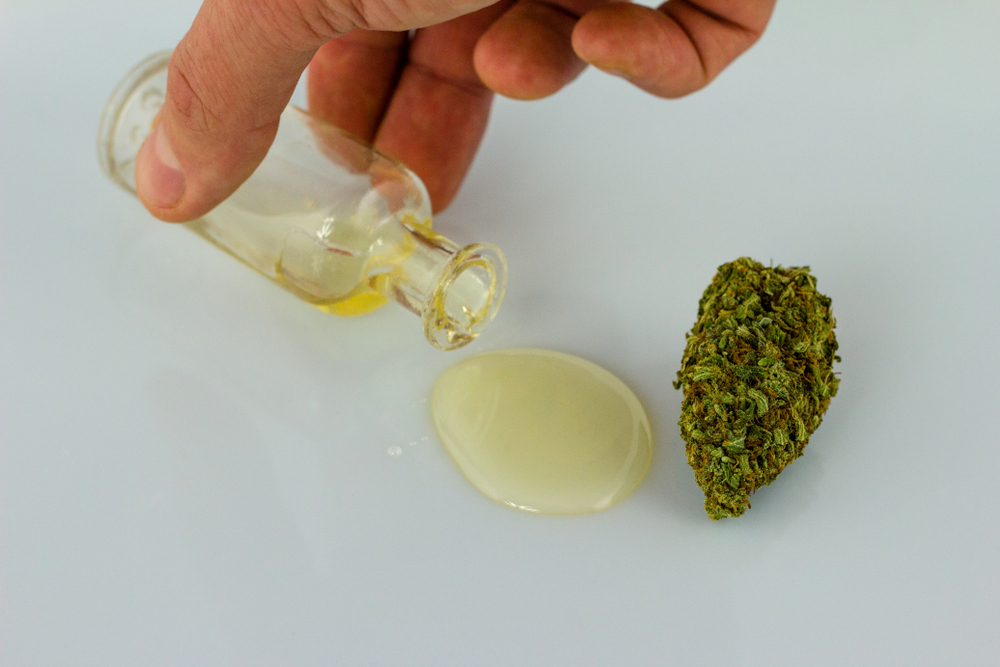 On Saturday, September 8, 2018 dicentra’s on-staff naturopathic doctor attended a full day forum on cannabis as part of the Grow Up Conference & Expo in Niagara Falls, Ontario. This forum was geared to specifically to health care professionals, and in this article we bring you some of the highlights and overview. Health care professionals such as veterinarians, medical doctors and naturopathic doctors came out to learn and share their experiences with cannabis at the forum entitled Cannabis Meets Healthcare. 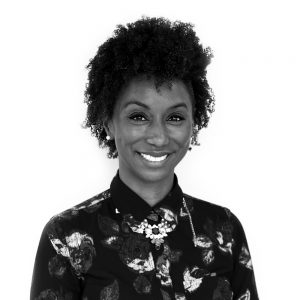 Also in attendance were licensed producers with a keen interest in learning more on how cannabis helps the patients they support through the cultivation and sale of this powerful medicinal plant. This conference was timely, because Canadian patients will soon have easier access to cannabis for recreational use when legalization takes place on October 17, 2018.

This intensive forum featured PhD researchers and medical doctors from Canada and the United States who generously shared their extensive research, clinical experience and successful case studies prescribing cannabis for chronic health conditions and for the reduction of opioid use in their patients.

In order to understand how cannabis works, it is important to learn how the endocannabinoid system works. The ECS isn’t taught in medical school or premedical studies, however it plays a key role in controlling and maintaining the important physiological system functions of the human body.

we all have cannabis within us as part of the endocannabinoid system.

The ECS contains endogenous cannabinoids that bind to specific cannabinoid receptors located within the central nervous system and peripheral nervous system. People in the room were intrigued when he introduced it in this way. Endogenous cannabinoids are internally made, and function to maintain homeostasis with respect to mood and other bodily processes such as blood sugar control and digestive health. Researchers suggest that a deficiency in this system may be one potential cause of chronic disease and neurodegenerative illness.

Anandamide is the most studied endocannabinoid. This neurotransmitter is similar in structure to tetrahydrocannabinol (THC), one of the phytocannabinoids found in cannabis responsible for the feelings of being high. Anandamide produces sensations of bliss and happiness when bound to receptors in the endocannabinoid system. It has a variety of other known functions including the maintenance of a healthy appetite and pain control.

So where does CBD come in? Cannabidiol doesn’t actually bind to the CBD receptors. It works on it indirectly by inhibiting the fatty acid amide hydrolase (FAAH) enzyme. The FAAH enzyme is responsible for degrading anandamide in the body. Therefore, less FAAH means more anandamide which means better homeostasis including a balanced mood, easier healing and better pain control.

Endocannabinoids and the Brain

When you experience physical trauma or seizure activities in the brain, these experiences rapidly increase the concentration of endocannabinoids in the central nervous system. The elevation in endocannabinoids work to reduce the severity of inflammation that follows traumatic head injury, with the purpose of helping the brain deal with the injury and stress of neurological inflammation. Endocannabinoids also help block reactive oxygen species and appear to be a stronger antioxidant than vitamin E.

In patients who suffer from ischemic stroke, the endocannabinoid system works to regenerate damaged brain tissue by promoting reperfusion (blood circulation). Hypoxia (low oxygen levels) occurs as a result of stroke, and when this happens, a cascade of events occur such as the generation of inflammatory mediators, TNF alpha, IL-B, IL-6, and leukocytes, as well as microglia activation and phagocytosis. Hypoxia can lead to secondary brain damage. Cannabis shows to be a promising medicine in stroke recovery as cannabinoids can block all of the inflammatory mediators, reduce this secondary damage and potentially speed up the healing process.

Session: Top 10 Diagnoses for Medical Cannabis Prescriptions/ Recommendations and “the why”

Chronic pain is the number one condition treated with cannabis and it has the largest body of evidence to support its use in this area. Dr. Joseph Rosado of Florida discussed the top 10 conditions he uses cannabis for in his practice. Included in his list were: inflammatory bowel disease, Parkinson’s, neuropathy, epilepsy, autoimmune conditions and fibromyalgia. He also discussed the use of cannabis in arthritis, cancer and post-traumatic stress disorder (PTSD).

Although stronger scientific evidence is needed to support the use of cannabis for many of the health conditions he discussed, these doctors who have been using cannabis as medicine with their patients for years have case after case to demonstrate the therapeutic benefits of this powerful plant.

Most people know of THC (tetrahydrocannabinol) and CBD (cannabidiol) as the two most popular active constituents of cannabis. However, monoterpenes, although less talked about, are also found in cannabis and have therapeutic qualities that work in tandem with CBD and THC. Monoterpenes are a type of terpene. These naturally occurring aromatic compounds are found in the essential oils of plants and fruit. In cannabis, monoterpenes are responsible for the characteristic aroma, however, this is not their only role.

Monoterpenes have anti-inflammatory, anxiolytic and anti-neoplastic characteristics. According to Dr. Hepburn, there are over 10,000 terpenes in nature and approximately 200 have been identified in cannabis (around 150 per plant). However, due to their volatility, terpenes are readily lost in the cannabis extraction process. Some companies add terpenes back after the processing, however, Dr. Hepburn notes that this may not result in the same potency and delivery of the same therapeutic benefits.

This brings me to the synergy of cannabis as medicine. Cannabis works by way of the entourage or ensemble effect, and this is where monoterpenes come into play. It’s not just about the CBD or THC components of the plant, and as a naturopathic doctor who studies and uses herbal medicine in practice, this concept comes rather easily. Whenever possible, it’s important to use the whole plant as it is found in nature, as the phytochemicals interact with each other synergistically, which usually leads to better efficacy.

During his Top Cannabinoids session at the Cannabis Meets Healthcare forum, Dr. Rosado from Florida gave an example of the entourage effect when speaking of a select few of his pediatric patients who were a part of the epidiolex study. Epidiolex is a cannabinoid medication derived from cannabis, used for treatment-resistant seizures in children. He noted that 50% of his patients in the study who had a rare seizure-producing disorder did not respond to epidiolex treatment; he truly believes the reason is due to the loss of the terpenoids, THC and entourage effect. Using the whole plant may have produced a better outcome for the patients who didn’t respond to the medication.

In her presentation, Dr. Lydia Hatcher, MD of McMaster noted that $43 billion per year is spent in the management of chronic pain, and the Western world has the highest users of opioids. 13% of the Canadian population uses opioids, 2% for non-medicinal purposes. The problem with opioids is the potential for addiction. Futhermore, opioids are contraindicated for use in the elderly, which also shows the need for an alternative especially for this population group.

Cannabis may be an alternative to opioids. The use of cannabis along with opioids may eventually reduce the need and desire for opioids. This is what she sees in her practice. Cannabis also has an excellent safety profile and is considered low dependency. For example, you must eat 5 to 15 times your body weight of cannabis to inflict harm. According to one study she discussed, side effects are rare and cannabis is actually safer than caffeine.

The type of health condition you desire to treat will dictate which mode of cannabis administration is best for you. Smoking is the most widely used method of cannabis consumption. However, many health care practitioners are against smoking since carcinogenic by-products such as tar, carbon monoxide and polycyclic aromatic hydrocarbons are created via combustion. On the other hand, smoking or vaping cannabis results in a rapid onset for breakthrough symptom control, which could be the reason many patients prefer smoking over other modes of administration.

Dr. Greg Gerdeman, PhD, a licensed producer and researcher, emphasized that chronic smoking of cannabis doesn’t necessarily increase the risk for lung cancer unless it is mixed with tobacco. However, it may increase your risk of other chronic lung diseases such as chronic obstructive pulmonary diseases, including bronchitis and emphysema. He also mentioned that 50% of CBD and THC is lost in the combustion process. Vaping, or vaporization, is less harmful to your lungs than smoking since the product is heated at lower temperatures. It is less wasteful of the cannabinoids and produces a reduced level of carbon monoxide and polyaromatic hydrocarbons.

The form of administration that is most trusted by doctors are the standardized capsules, oils and oral mucosa sprays. The results are easier to reproduce and it is more convenient and discrete for patients to use cannabis in this way.

Dr. Gerdeman began his presentation simply stating that “cannabis is medicine”. After attending the Cannabis Meets Healthcare Forum, I am 100% convinced that it is. People have been using this herbal medicine for centuries recreationally, spiritually and medicinally.

The research simply has to catch up.